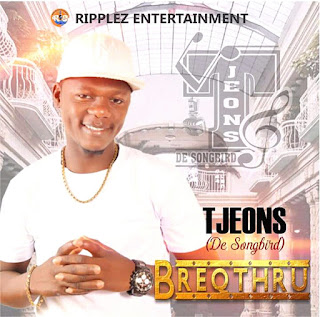 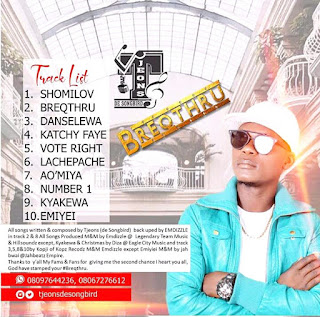 News Feed By Kdwide; TJEONS is one of the most Talented Artist who is well known In the northern part of the country [NIGERIA] Tanko JONATHAN who is popularly known as TJEONS DA SONG BIRD OF RIPPLEZ entertainment Has released more than just an album Since wen he has started THE Game [ MUSICAL GAME] THIS 2019 Tjeons HAS come together with his label RIPPLEZ ENTERTAINMENT and HIS Able producer From Legendary Team Music to come about this MUSICAL ALBUM #TITLED BREQTRU THE TRACK LIST IS AS FOLLOWED;