[News]:I Can't End Our Relationship Like That '' Said '' Chioma prince 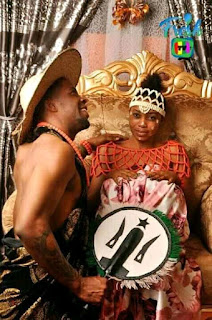 Prince the Ceo @FreshTv Kaduna, Kaduna state has Showed his opinion about people's perception about him and is Relationship .
This little below content was posted on his timeline ,Read and Adjust.

Everybody knows about our relationship and the pastor against our relationship and we still came back together after all the battle,the pastor try to like make things ruff, even went far........to God be the glory. The same pastor senior brother gave me a contract to cover his wedding and pay me in cash,me and chioma attend the wedding and said pastor that said we will not be together saw us together in his house when we came for his senior brother's wedding,two days later another pastor saying I prince using charms to hold my girl chioma....see how wicked this world is to the extend chioma parents arrested me to the area command in kaduna to the extend the police men asked me and chioma alot of question and was asking chioma if she loves me, and she answered yes . The police men said the case closed, the young girl really loves me and I love her too the family of the girl was not satisfied they surmond me to the king of all Igbo in kaduna. The king cabinet now turn the case upside down they told her not to come to me ever again not to have anything to do with me ever. The way things are moving now I love her and she love me but her parents is against it what wicked world a girl that has suffered for me,will the relationship end like this?

Do You want your Acticle to be posted ? Why can't u Contact Kdwide.com.ng. On Facebook .thank you .